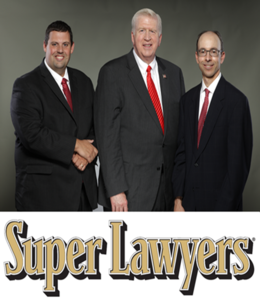 Most people decide to represent themselves or get a public defender for misdemeanor charges like DUI, reckless driving, aggressive driving, speeding 30 mph over the speed limit, minor marijuana possession, minor in possession, disorderly conduct, suspended license, suspended registration, and no insurance. But an arrest is not a conviction!

If you want to have any chance of getting your case dismissed, you must not plead guilty at your arraignment in Atlanta Municipal Court. Talk to Larry Kohn, Cory Yager, or Bubba Head before you go into any Georgia courtroom. Use our decades of legal experience and expertise to fight the prosecution and avoid time in jail.

Larry Kohn, Cory Yager, and Bubba Head combined have over 140 years combined of courtroom experience, from arraignments to full felony trials. While the vast majority of our client’s cases never go to trial, which is a good thing, it is wise to choose a criminal attorney in Atlanta who has won at trial in Fulton County Superior Court.

The first thing you should do is call our Atlanta criminal defense firm at 404-567-5515 and come in for a FREE consultation. Tell us what happened and who witnessed it. Bring in copies of all paperwork the police handed you when you were released from Atlanta City Jail on Rice Street.

Even if you ultimately decide not to hire our Georgia Super Lawyers to defend you, you will learn a lot more about what to expect at your first court date, which is called an arraignment.

Remember, an arrest is NOT a conviction! Far from it. You are innocent until proven guilty in a court of law.

Atlanta criminal attorney Bubba Head has represented 1,000s of clients over a 40-year career. He and his partners know the Atlanta Municipal and Fulton County court systems very well.

Our Georgia criminal law firm partners answer the phone during the day, at night, on weekends, and all major holidays. Why? People in urgent legal trouble don’t want to talk to a machine and leave a message. They want their freedom.

Call our award winning lawyers at :404-567-5515 We are here to show you how to BEAT an Atlanta criminal charge. We will accept nothing less. The sooner you call us, the better chance we have to deliver a successful defense.