A DUI offense is a jarring event in most arrestees’ lives. At least 85% never thought they would be arrested for driving under the influence. In the metro Atlanta GA 19-county area, most of those arrested for DUI in Georgia are first offenders and do not know any law office or lawyers for DUI near me. Not only do our legal professionals handle cases for drivers charged criminally with driving under the influence throughout Atlanta, but also in any county or city in the Peach State. 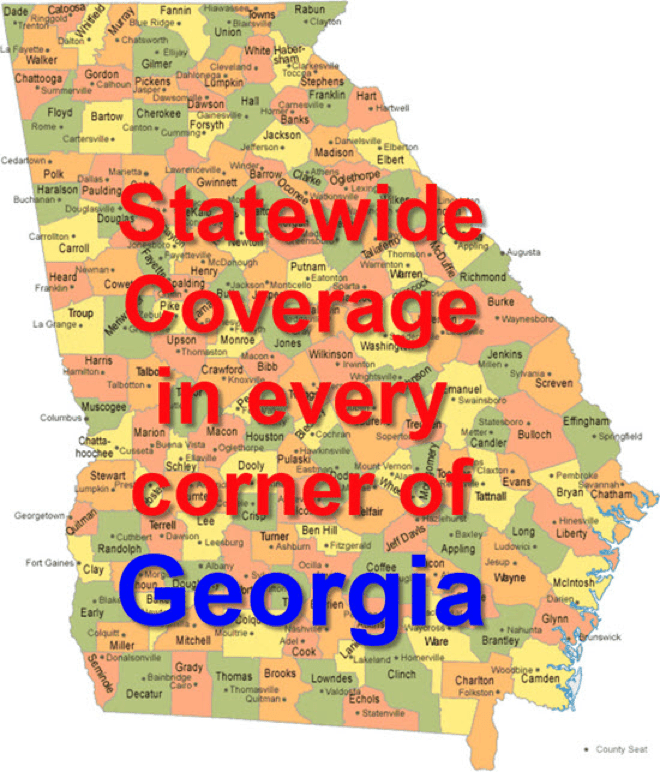 Is it worth getting a lawyer for a DUI? in criminal law cases, no one relishes the idea of hiring an attorney. The importance of having a first offense DUI in your lifetime, as compared to being a repeat offender, cannot be overstated. Why is that statement meaningful?

It is because a 1st DUI-DWI is the most likely DUI GA offense to be won (or negotiated down to a lesser traffic violation). The track record for the best lawyers in Georgia is excellent for knowing how to beat a DUI. 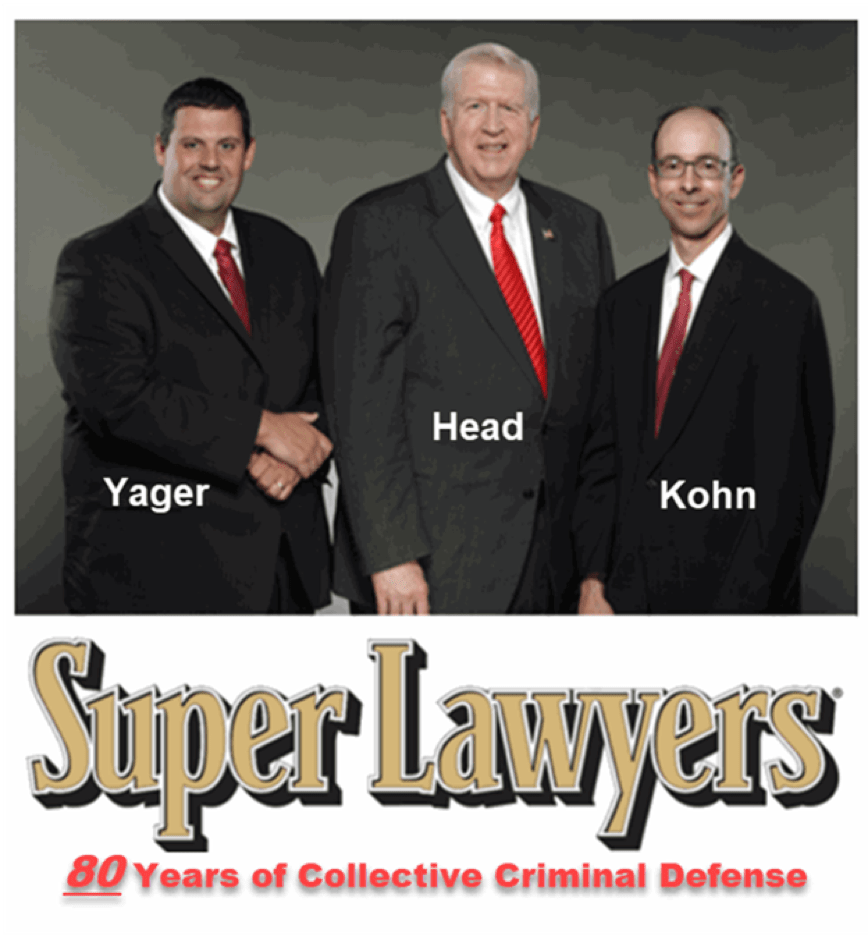 Therefore, giving up and going to a cheap DUI lawyer to save money is a mistake if your outcome is going to be a DUI on your record. Why not chose the law firm with over 10,000 successful DUI case resolutions in their collective 80 years of service?

You then could obtain DUI attorney near me FREE consultation and ask an award-winning Georgia DUI lawyer your questions. Then, armed with that FREE information about the good and bad aspects of your case, you can hire a lawyer with confidence that no other DUI law firms near me will have better credentials for finding solutions to the toughest DUI cases in the State of Georgia.

Being handcuffed, searched, tested, jailed, and treated like a common criminal is an eye-opening experience. In a Georgia DUI arrest, you are not allowed to call or confer with legal counsel before deciding whether to consent to a breathalyzer test or blood extraction. You are not even allowed to use a mobile phone, once a police investigation at the roadside begins.

This harsh experience following leaves many people sleepless for days or even weeks after their arrest for a Georgia DUI. Once faced with DUI charges, most realize that they had always assumed that field sobriety tests were mandatory, when the top DUI attorneys universally say to NEVER attempt the voluntary roadside evaluations.

Frustration and self-loathing often set in. Thinking about potential jail time, many clients report to us that they have been suffering from a lack of sleep and loss of appetite. This affects their enjoyment of life, creates problems at work, and may disrupt marital relationships due to the anxiety and cost of defending a DUI that follows being criminally charged. 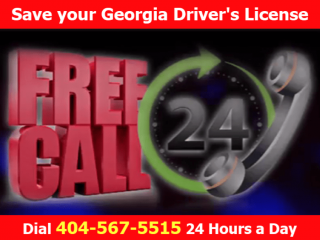 How DUI Information from a DUI Attorney Atlanta Can Help You

The first 90 days of your case involves a good bit of attorney time. With a court date fast approaching, decisions need to be made. Due to Georgia implied consent law, an accused person needs to immediately decide some issues very soon (like within 10 days) after his or her arrest.

First, is the quandary of installing a 12-month ignition interlock device or taking the GA DDS appeal. The 30-day deadline creates a sense of urgency. These important decisions dictate that you decide which Georgia DUI attorney will be the best DUI lawyer for your pending criminal charges.

Concerned about the GA DUI penalties that a court would impose after a conviction for DUI, many accused citizens search for DUI consequences. Luckily, many find Bubba Head’s list of 97 Consequences after a DUI Conviction. Reading this lets them know that they must turn over their case to the top DUI lawyers near me, due to how being convicted of drunk driving can derail their careers.

Next, they conduct a Google search for phrases like “Georgia DUI lawyers” and see hundreds of GA DUI lawyer candidates. The staggering number of potential attorneys in Georgia marketing for DUI defense is overwhelming. Unless you dig deeper, and ask tough questions, you will have no idea if he or she the best DUI lawyer in Atlanta.

Some of these self-proclaimed best attorneys in Atlanta freely provide advice about the excellent chances of them beating your DUI in GA, even with just a minimal knowledge of your case. Until all police reports, accident reports, and police video are gathered, it is just “guessing.” These “predictions” of a great result are what salespeople call “puffery” (a form of subjective braggadocio or exaggeration, versus objective evaluation).

Comparing Apples to Apples: How to Find the Best Lawyers Near Me

In this search effort, many start investigating DUI lawyers Atlanta GA who have offices near me. Instead of proximity to your home being the gauge, look for the best DUI lawyer near me with top GA DUI lawyer ratings. The universally recognized organizations that you can look to for names of top-rated DUI attorneys are these:

NCDD.com (the National College for DUI Defense), and the rare ABA Board Certification. The Board-Certified accolade ALONE is sufficient proof of capability.

The secondary listing of the 4 consensus “peer-reviewed” groups that rank attorneys include:

Martindale (founded in 1868 as Martindale-Hubbell), “av” (highest) and rated as preeminent.

Simply having a few “inclusions” could be an aberration because some people “lobbied” for their lawyer friends to vote for them, which is prohibited. So, look for the attorney having been named not fewer than twelve (12) total times to the bottom four (4) legal practice ranking organizations.

Best DUI Lawyer GA William C. Head and his two partners, Larry Kohn and Cory Yager, annually handle in excess of 240 new DWI vs DUI cases. With over 80 years of combined criminal law experience, our law firm is focused on getting consistent, excellent results, in EVERY client’s case.

Does that mean that 100% do not get convicted of DUI? No, but any client who ends up with a DUI on his or her record will be the one to decide NOT to fight the case at trial.

Our firm, using the above-stated litmus test, has over 95 “inclusions” or our lawyers and firm. Due to his lengthy career of 45 years, over 50 belong to Mr. Head. But the other two law partners share over 45 more individual inclusions, which is partly due to always being the same law firm with him since they were in law school.

Many of our law firm’s clients are referred by their criminal defense lawyer friends from other states. But most are referred by prior clients for whose cases our DUI defense attorneys kept from being convicted on a DUI in Georgia. That is the benefit of all three partners being top-rated lawyers near me.

A seasoned trial lawyer and book author on Georgia DUI laws with over 45 years of experience, Mr. Head is renowned across the United States as an authority on criminal defense and criminal trial practice. In 1973, he earned his bachelor’s degree in history (with honors) from the University of Georgia. Then, he went to UGA Law School, and received his law degree from UGA’s School of Law in 1976.

Mr. Head remains active within several professional legal organizations, including the National College for DUI Defense, which he co-founded. Bubba Head, DUI Lawyer is a Life Member of the National Association of Criminal Defense Lawyers (NACDL.org) as well as being a Life Member in the Georgia Association of Criminal Defense Lawyers (GACDL.org). Mr. Head is also a member of: 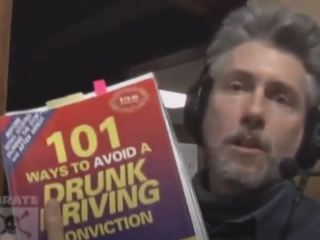 William C. “Bubba” Head, an Atlanta DUI Attorney, an expert on DUI vs DWI laws, wrote the definitive book on how to beat a DUI in 1991. An image of the front cover of that first drunk driving book, 101 Ways to AVOID a Drunk Driving Conviction, is shown above.

Many people immediately search for a criminal defense attorney Atlanta, to get information from a local, experienced law firm about fighting a drunk driving case in GA. But, just like a search for a surgeon, looking at law firms near me is NOT a trustworthy criterion for selecting the best lawyer (or surgeon).

Looking for a low-cost attorney or a cheap DUI lawyer near me is often a huge waste of money? Why is that? Because you could self-represent and get the same deal on a guilty plea as an average DUI defense lawyer near me. Geographic location is a low priority compared to isolating the best DUI attorneys near me.

Talk with Bubba Head today at 404-567-5515. You can speak to him directly, or to one of his top-rated law partners, Larry Kohn and Cory Yager. All three partners are nationally published legal book authors, and our 3 Super Lawyers offer a FREE lawyer consultation. Plus, call today, 24 hours a day, 7 days a week, including holidays.

Some callers to our attorneys in Atlanta are seeking help trying to expunge a prior DUI conviction, which is banned by Georgia law. Plus, due to his vast number of cases handled and commonsense creativity in finding favorable solutions since joining Mr. Head 25 years ago, Mr. Kohn is considered the firm’s best probation lawyer in Atlanta GA.

Your initial legal advice and DUI case review by our Georgia attorneys is FREE and can be conducted in person or over the phone or virtual call. When other attorneys hesitate to fight to win the extremely difficult cases, William C. Head and his law partners welcome the TOUGHEST DUI cases.

What are you waiting for? Get the deal of the century with our DUI lawyers near me free consultation deal. And, yes, we can set up a payment plan for you.

If arrested in another state and need a DWI attorney near me for that out-of-state court appearance, we can give you names of experienced OUI-DUI-OWI attorneys in all states.