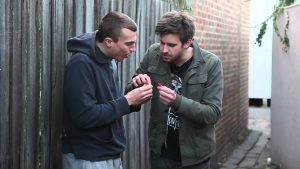 Distribution of Drugs in Georgia

Each drug charge case is unique. The penalties for a drug distribution conviction can be affected by factors such as:

Drug crimes include simple possession, possession with intent to distribute, and trafficking. Other factors affecting your charges may include transporting drugs to another state, selling drugs at a school, or being arrested at an airport, all of which are felonies. Generally, the greater the quantity of drugs involved, the more severe the penalties.

Penalties for Drug Distribution in Georgia

In Georgia, almost every drug crime is a felony. The penalties for distribution in our state are especially harsh when compared with penalties in other states. Here are a few examples:

Lower amounts are not without harsh penalties, but may be charged as possession instead of trafficking.

You don’t want your life ruined by drug charges. Without an attorney to negotiate on your behalf, you could be incarcerated, denied employment, or lose your property. Call Kohn & Yager, LLC. at (404)567-5515 today to schedule a free review or fill out our online form by clicking the link below.