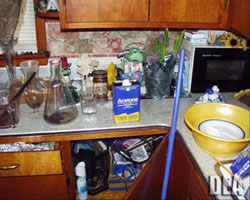 Under the law, drug trafficking includes transporting, distributing, making or selling drugs. Trafficking is such a serious offense that the federal government has outlined minimum penalties. Many states, including Georgia, use these as a guideline for sentencing.

Trafficking charges are triggered by the amount of the substance in question, not necessarily its schedule. For example:

Penalties for drug trafficking can be enhanced under the following circumstances:

Drug trafficking is the most serious drug-related charge you can face in the state of Georgia. And because it is a felony, this penalties for this offense will follow you for years after you have completed your prison sentence and paid the fines associated with your conviction.

Do not attempt to handle a drug trafficking case on your own.