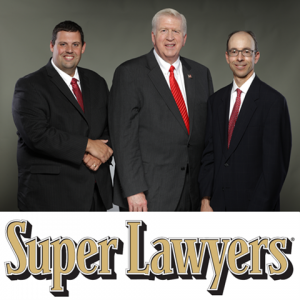 An experienced Georgia robbery lawyer  is well-versed in successful robbery defenses, including defense strategies for armed robbery committed while in possession of a firearm.

Being arrested and accused of stealing any amount of money or property is a serious crime in Georgia. There are many categories of theft crimes, from petty larceny to armed robbery.

If you are up against what seems like an open and shut case by the prosecutor, don’t despair. Many of our clients were either in jail as their case progressed, or out on bail awaiting trial.

What Is the Prison Term for Robbery in Georgia?

Robbery incarceration time increases based on the case circumstances, meaning the level of violence and other factors like repeat offender status. Georgia robbery attorneys Larry Kohn, Cory Yager, and William Head treat every one of their clients with the utmost respect, and fully believe that an arrest for a violent crime in no way leads to a conviction.

The highly-reviewed Super Lawyers at the Atlanta criminal defense firm Kohn & Yager do everything in their power to keep you out of prison, and get you back to your daily life.

Can I Be Charged With Robbery if I Didn’t Use a Weapon?

The answer is yes you can. Georgia theft law states that if you robbed someone “by use of force” you will be arrested and arraigned for robbery. The Georgia code also states that you have committed robbery if you take money or property from another person “by intimidation, by the use of threat or coercion, or by by placing such person in fear of immediate serious bodily injury to himself or to another.”

Georgia lawmakers are very serious about protecting their citizens against theft and bodily harm. For example, you can be charged with robbery of someone’s purse “by sudden snatching.” A purse snatcher faces prison time regardless of the amount of money contained in the purse. Penalties increase dramatically if the victim is injured during the robbery, for example they fall down and break a bone.

Georgia prosecutors will also try to convict you of armed robbery even if you used a “toy gun” and not a real firearm during the commission of a crime. The same holds true for a toy knife.

Atlanta attorney Larry Kohn has been practicing criminal law for almost 20 years, and he has achieved Super Lawyer status along with Cory Yager and William “Bubba” Head. All three attorneys travel around the metro Atlanta area to represent clients in Fulton County, DeKalb County, Gwinnett County, Cobb County, and the north GA mountains.