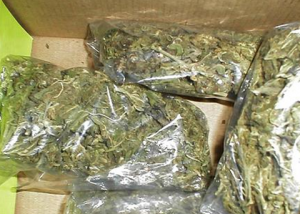 In 2019, Georgia passed new legislation regarding the production, manufacturing and dispensing of medical marijuana low-THC oil (CBD oil with less than 5% THC) to certain individuals with medical conditions (listed below). Low-THC oil is intended for medicinal use to reduce the negative side effects of their condition/disease and aids in pain management or discomfort to those in hospice. Although CBD and THC are derived from the same plant, the two compounds affect the body’s endocannabinoid system differently. THC is the primary psychoactive compound in Cannabis. CBD, on the other hand, is a nonpsychoactive compound that can interfere with the binding of THC to the cannabinoid 1 receptors in the brain.  Patients ingesting this low-TCH, CBD product oil, do not get high feeling. Despite Gov. Brian Kemp’s Bill, possession and sale of marijuana remain illegal in the state of Georgia. Marijuana is regulated under the state’s Georgia Controlled Substance Act which is regulated under Federal law, the Controlled Substance Act.

This southern state maintains its position against marijuana possession by enforcing strict penalties for any violation of drug laws.  Penalties may include: drug counseling, submitting to random drug screens, fines, community service and jail time. Driving under the influence of drugs (including marijuana) has penalties more severe than those for driving under the influence of alcohol. Most offenses related to marijuana are charged as felonies. The type of charge is based on the amount, any amount weighing more than one ounce is classified as a felony. Cannabis edibles that contain THC are classified as felony charges, regardless of the amount of THC found in the product. The following information will answer many commonly asked questions like: is weed legal in Georgia? What are drug possession laws in GA? Is medical marijuana decriminalized?

Georgia’s state laws for possession, sale, delivery or cultivation, penalties for conviction are determined by the amount of marijuana are as follows:

Regardless of the amount, if you are charged with and convicted of possession, sale, delivery or cultivation within 1,000 feet of a school or park, you can face five to 40 years in prison and a $40,000 fine.

Is Medical Marijuana Legal in GA?

The only type of medical marijuana that legislation passed in Georgia is cannabis oil, which contains less than 5% TCH is called cannabidiol (CBD) oil. Any other “traditional” marijuana products including marijuana plants/flowers remain ILLEGAL in GA.  To legally possess and use this cannabis product, you (the patient or caregiver) need to register for an identification card on Georgia’s Department of Public Health’s website. Once this card is obtained, you will be able to purchase less than 20 ounces of this low THC oil. The following list contains a few of the diseases or conditions that qualify for medical marijuana in Georgia (CBD oil):

Approval for the Low THC Oil Registry card is difficult, and even though Georgia’s marijuana laws have not significantly changed, some major cities or counties in Georgia have decriminalized marijuana, including Atlanta, Chamblee, Clarkston, Forest Park, Fulton County, and Savannah. These areas decriminalized this seemingly harmless, natural drug by-passing local laws that reduce penalties for possession less than an ounce of marijuana.

First Offense Misdemeanor Possession Charge, Is There a Defense for First Time Offenders?

Yes, there is a defense for first-time offenders in GA. If your first criminal offense involves a drug charge, Georgia offers special sentencing, called a Conditional Discharge. However, certain requirements must be met to be eligible for a Conditional Discharge. In addition to having no prior charges, the crime cannot be violent nor serious. If your case meets these requirements, the judge can then decide whether the First Time Offender Act can apply.

If the criminal act is a first-time offense misdemeanor for possession of marijuana less than an ounce, and there were no additional violent charges, you may be eligible for a conditional discharge. If the defendant pleads guilty to the possession charge and the Judge grants the conditional discharge, the defendant will need to complete the terms including the rehabilitation or treatment program(s). Upon completion, the conviction will be removed from the defendant’s record. Failure to comply with the terms or failure to complete the program(s) may result in the Defendant serving the maximum jail sentence.

Because the marijuana drug laws in the state of GA are so strict, you need an attorney near me that has expertise in drug crimes. Our lawyers have represented hundreds of clients in drug cases. If you or a loved one is facing any charges related to marijuana, or any other controlled substances, including prescription drugs it is extremely important that you work with an experienced drug crimes defense lawyer. Drug offenses are punished harshly in Georgia. Contact our Atlanta, GA. law office Kohn & Yager, LLC. for your FREE consultation. Call us NOW at (404)567-5515 to speak with one of our criminal lawyers to help alleviate the detrimental effects these charges have on your life. You need an aggressive advocate on your side who knows GA drug laws, how to fight a possession charge and who will work to get you the best possible result in your case. We are here to help, our Atlanta attorneys are available 24/7.