Shoplifting Lawyer in Atlanta, GA – What Is Theft by Shoplifting? 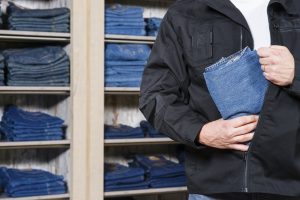 Theft by Shoplifting is when the patron of a store voluntarily takes or steals an item or items from a store without paying for those items, or underpaying for them deceitfully.

Examples of underpaying for merchandise include swapping a higher price tag for a lower one, or somehow altering the price tag through various means.

A good shoplifting lawyer will know the latest laws and defense strategies.

Since stores now have computer-generated tags and barcodes, it has become much harder to get away with these methods. Stealing from a store is a serious offense. Big retailers like WalMart and Target have strict store policies regarding stealing. Most big chains hire security guards, some of whom are undercover, to catch would-be thieves.

As further evidence, store management can look at footage from the establishment’s security cameras to see if the person was “caught on camera” in the purported act.

Employees and managers can and do make mistakes, so an arrest for theft by shoplifting in no way means the person will be ultimately convicted. A customer may have an innocent explanation for why it appears they are stealing. A previous customer may have switched the price tags and then decided to not go through with it.

The best thing you can do is let shoplifting lawyers Larry Kohn and Cory Yager go through the facts of your pending case, and listen to your side of the story. If you hire us, we will file motions to obtain a copy of the store’s security video and other potentially damaging evidence.

Is Shoplifting a Felony or Misdemeanor?

Per Georgia theft law, if the stolen merchandise value is less than $300, you will be charged with felony theft by shoplifting. If the total value is over $300, the crime will constitute a felony.

What Are the Charges for Shoplifting?

A misdemeanor shoplifting charge means that the merchandise that was taken and not paid for equals a retail value of less than $300. If the items in question amount to over $300 in price, a felony shoplifting conviction will be pursued by the state prosecutor.

What Are the Penalties for Shoplifting?

Can I Go to Jail for Shoplifting?

Yes, you can. A GA judge will sentence to anywhere from 1 year to 10 years in jail depending on the level of the charge – misdemeanor or felony. And all convictions stay on your criminal record for life. Do not take a simple shoplifting charge lightly. Stores and other vendors will do everything they can to deter the stealing of their goods. Any and all shoplifting cases, no matter how insignificant they seem, should have a legal professional review the facts free of charge, and advise their potential client on what course to take.

Shoplifting lawyers Larry Kohn and Cory Yager will never advise a client to plead guilty without a fight. An arrest is not a conviction. Store employees and managers make mistakes including mistaken identity. Police officers make mistakes during the arrest process.

Call the attorneys at Kohn & Yager, LLC. immediately for a FREE professional case review, (404)567-5515.  You do not want a shoplifting conviction to appear on your permanent Georgia criminal record.

Protect your future and fight to keep your good name intact by contacting the attorneys at Kohn & Yager today.