When a person is arrested and charged with simple battery charge in GA, police usually don’t inform the arrestee by a police officer whether he or she is facing felony vs misdemeanor charges. Once bond is posted, and the person is released from jail, he or she often searches the Internet for criminal defense lawyers near me.

Upon talking to a criminal law attorney, the person may ask many different questions. These may include: “Is simple battery a felony or misdemeanor in Georgia?” or “Can I get jail time for battery?’

An additional common question is “What does simple battery mean?”  In a brood sense, the at fault “actor” usually has made some affirmative move that “signals” (to another) that he or she may commit a violent injury to another person.

No single simple battery definition exists, on a national scope. Each state outlines its criminal law legal provisions for making all criminal offenses either felony or misdemeanor crimes.

Similarly, some states have infractions for traffic offenses and minor transgressions like littering, but the State of Georgia only has felony or misdemeanor crimes in its criminal code. In this regard, Georgia is a more conservative state when it comes to accusing crimes.

Simple Assault in Georgia. This misdemeanor crime is distinguished from simple battery is that the assault charge has no touching or contact, but whatever “act” occurred put the victim in immediate fear of being battered. On every first offense misdemeanor battery first offense or simple assault GA case our firm has handled, a non-jail sentence was available.

What is the difference between battery and aggravated battery? First, a simple battery charge is the most benign of these crimes, with battery coming next is severity. Both can be accused as misdemeanors, but battery jail time may be for weeks or months, in cases with negative fact patterns. However, an aggravated battery is always a felony, resulting in harsher penalties, if the offender is convicted. 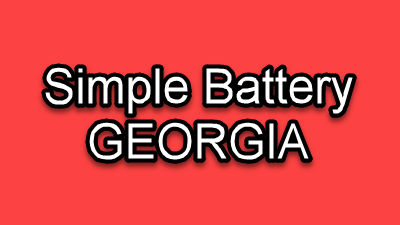 A person commits the offense of simple battery when he or she either (1) intentionally makes physical contact of an insulting or provoking nature with the person of another, or (2) intentionally causes physical harm to another.

Bruising, marks or cuts are not required to support this crime being prosecuted. If the perpetrator commits an act of physical contact with another, or attempts to commit an act harmful to another, either simple battery (touching) or simple assault (attempting or threatening to touch) can be accused.

The Georgia Legislature has created certain “categories” or “situations” where a battery offense occurred that raises the potential incarceration punishment to “high and aggravated.” If the victim was a pregnant female, or a sports referee or an umpire (whether paid or volunteer), a public transit driver (such as on a MARTA bus) and various other categories of job holders, higher punishment will be sought.

Under OCGA 17, high and aggravated misdemeanor crimes carry as much as a $5000 fine and call for only 4 days out of every 30 days of incarceration time ordered by the judge to be eligible for “good time” credit with the jailer. 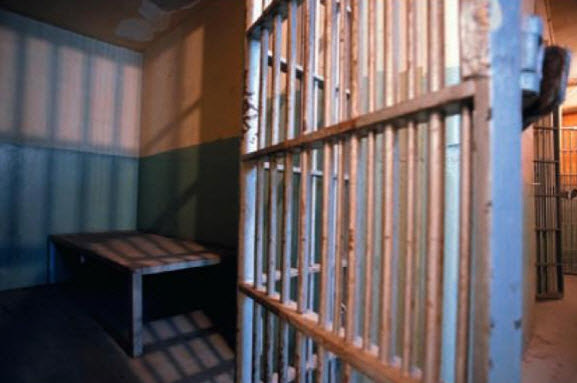 How Many Georgia Battery Crimes Exist in Georgia?

Many clients ask, “When is simple battery a misdemeanor?” Unlike most states, three different statutes cover Georgia battery crimes. Most other states have just two classifications of battery crimes: aggravated (felony) and battery (misdemeanor).

Can you go to jail for battery? Yes, a sentence for battery can include up to 12 months on simple assault OCGA or battery against a person.

Multiple factors control this, starting with the facts, and looking at the court in which you must appear. A sympathetic victim (e.g., parents and children, stepparents, stepchildren, foster parents, children, or other persons) and an egregious and senseless attack by the defendant can have a huge bearing on this question.

In Georgia, we have added simple battery, which is always a misdemeanor, but can be “high and aggravated.” Battery in Georgia can be a misdemeanor or felony, depending on the circumstances and who the victim may be.

Is a battery a felony or misdemeanor? The Peach State has created three different “levels” of seriousness, when it comes to battery charges. The applicable Official Code of Georgia statutes are identified below:

Simple battery (OCGA Simple battery, Section 16-5-23) (always a misdemeanor, but can be high and aggravated). A similar assault crime, OCGA simple assault, also exists, but involves some physically “threatening” act but no actual contact to the victim took place.

The separate and distinct crime of battery under battery statute OCGA 16-5-23.1 added this distinguishing language, to help police officers distinguish the more serious offense of battery:

“causes substantial physical harm or visible bodily harm to another.”

So, the way battery occurs is like a simple battery charge in Georgia, except that the contact has been more violent and leaves visible wounds. when an individual engages in a reckless or intentional act that a reasonable person would know was unwanted contact. So long as the conduct was volitional by the perpetrator, battery can occur regardless of whether he or she had a specific intent to cause offensive contact.

What Does Simple Battery Mean?

Several circumstances exist under Georgia laws under which simple battery is committed. Repeat offenses can be treated as a misdemeanor of a high and aggravated nature. Our firm sees this more serious treatment in domestic violence GA cases, involving simple battery. This means that the potential jail time penalty does not permit the usual “good time” credit, as is common for a regular misdemeanor.

Unlike the related charges of Battery and Aggravated Battery, typically simple battery does not result in a visible or actual physical injury. It may include behavior like grabbing an arm, using an open palm, and slapping, or possibly pushing another. Such acts need not result in visible bodily injury but need to have been made by the perpetrator intentionally.

Difference Between Assault and Battery

The main difference between a battery charge and an assault charge is the actual presence of contact being intentionally made with another person that was meant to harm, and the threat of harm that is usually made in an aggressive manner by words or conduct (e.g., swinging a clenched fist close to a person’s face, but not striking the other person).

Assault laws in Georgia apply to the criminal offenses of “assault” and “battery.” These two distinct criminal offenses (assault and battery) can be either a misdemeanor or felony, depending on the degree (level) of violence and the harm (or the fear generated by the threat of harm or apprehension that harm is about to occur (e.g., pointing a loaded pistol at someone) from a victim’s perspective, not the perspective of the perpetrator.

In general terms, a battery is a criminal offense involving the unlawful or nonconsensual touching of another, usually preceded by physical acting upon a threat by touching or striking another. The crime of assault is the act of creating apprehension of such impending contact, but not actually making contact.

Defenses That Can Be Raised by Your Defense Lawyer: How to Get Simple Battery Dropped

Human interactions and different factual situations can offer your criminal defense attorney various legal defenses. Below is a list that our lawyers at our law office near me have used in various clients’ cases:

For your FREE lawyer consultation near me, call today to speak with our three Georgia criminal attorneys at our 24-hour number, 404-567-5515. Learn why our law firm near me has an unmatched list of legal awards and attorney ratings for other Georgia law firms with only three lawyers. Ask for Cory Yager, William Head or the author of this article. 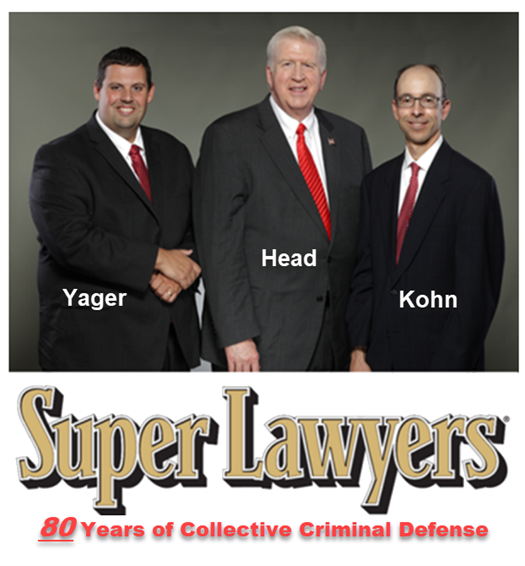